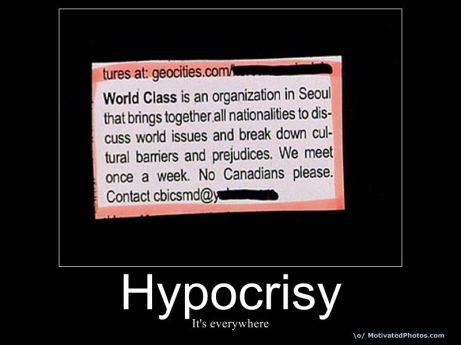 I been wanting to write this for a long time now, but I thought it was meaningless and stupid and “late”. But because I’ve reached 500,000+ views I felt there’s is a need for change in the way I write, and so I’ll write it here now while I’m riding the feeling.

What I want to say today is that I become a hypocrite whenever I come to write something in this blog. It all has do with with censoring, a practice that I myself abhor. Be it in music/radio, tv, or images, I hate when the government censors ‘indecency’…like words such as “fuck” or body parts…usually female tits. I know it supposed to be for “public safety” and all that other bullshit, but really, we all know what the words mean and what the body parts look like…and yes, even children know exactly what they mean…they are not so innocent these days. But whatever, that’s not what I want to write about…what I want to say is:

Although I hate censoring, I censor myself whenever I write something for this blog.

In real life, when I speak, you’ll, more often than not, hear a stream of swear words coming from my mouth…that’s how I speak…of course, that is not always the case. I only speak that way when I’m comfortable with my surroundings, I usually know where I stand in my surroundings and act/speak accordingly. But my blog is a comfort zone where I can talk about whatever I want without anyone giving me shit about what I’m writing and/or the way I’m writing.

But yet, whenever I proof read my post, I end up deleting and/or rewriting about 30~40% of the content [more often than not, I delete the stupid shit that comes out of my brain and into the keyboard] because the way I wrote it sounds too…vulgar. {I was even tempted to edit this post as I was proofreading…but that would defeat the purpose of this writing… -_-}

An example of a edit would be something like this: A typical caption of a cute image may be “Awww~ so cute~!!”…but originally, that sentence would be “GAWD!! She’s so damn fucking cute~!”. Both having completely different nuances…

There have also been multiple times when I deleted a draft because of my self censoring.

Why do I do this though? Shouldn’t this blog reflect the way I am?

I consciously do this to every posts, I know very well why I do it, the reason is because I have already created a “personality” for this blog. It’s the same fucking personality I used when in I was in school/class!! >_<

I’ve been using that ‘personality’ every time I came here that it became second nature. I would write whatever I had to write, then save the draft, come back a few hours later, and finally edit it to make it A LOT cleaner than it used to be…or delete it because the “flare” of it already died…

There really should be NO REASON at all for self censoring…I’m not even quite sure why the hell I did it in the first place. Maybe I was scared the blog would be deleted? Meh, who cares, all that matters now is that I’m going to try to break off from that ‘personality’ and attempt to write and post shit I originally thought of…whether it’s completely stupid or nonsensical. But really that’s what the [Filler] posts are made off…

I don’t regret using that ‘personality’ though, it was fun writing and posting whatever I felt like posting, it’s really the only reason I made this blog for…and, believe it or not, NEVER has the thought of posting something ecchi or some other crazy shit ever came to mind. But now, as I’m typing this, an idea just popped into my head, which of course, is about ecchi and a bit of pr0n…

What will happen to Open Your Mind if I do this?

Let’s test it and see shall we! I expect a few of you to see me in a new light…a dark and sinister light… ;)

I once again would like to thank everyone for coming to this blog, reading, commenting, and in the rare instance, coming back! Thank you! Let’s see how long it takes to get the Million shall we!