Man, where to start?

This was literally the worst first episode of any anime, I have EVER watched. I was completely flabbergasted for the whole twenty four minutes of this utter pile of garbage. Normally, I would stop the exact moment I stop enjoying the anime, but as I was live tweeting the episode I decided to take one for the team. Most of the time, terrible first episodes have some sort of ‘something’, anything which makes me want to give it the benefit of the doubt and continue watching for a few more episodes.

Not the case with Diabolik Lovers. I can only take one episode of this pile of steaming bat shit.

I don’t mind the otome genre, rather, I’m indifferent about it. Don’t hate it, don’t love it, it’s not for me. Well, of course, I’m not its target audience! So I have to question myself, do any girls actually like this anime?

The male cast are all complete assholes. I was thinking it was the generic ‘tsudere’ trope we always see on any anime, but there was no ‘dere’ here, only complete douchebaggery. 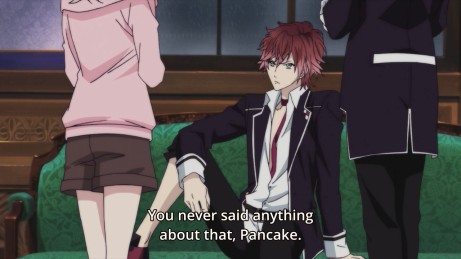 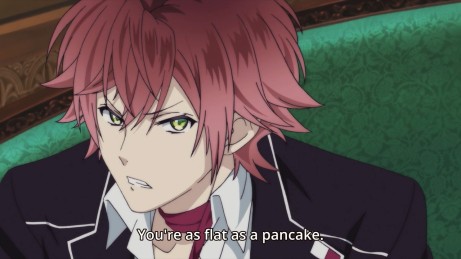 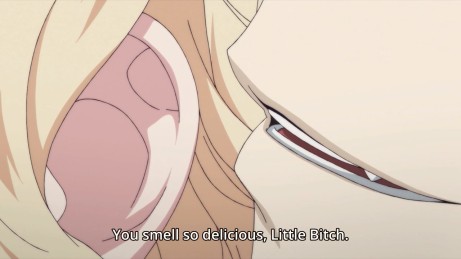 I think there’s one guy here who isn’t a complete asshole, he’s indifferent and doesn’t do much (save for one time) so that makes him just as guilty. WTF? With this many guys, one would think each would have different character type, they all just different types of asshole. 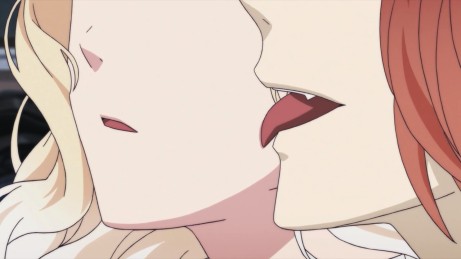 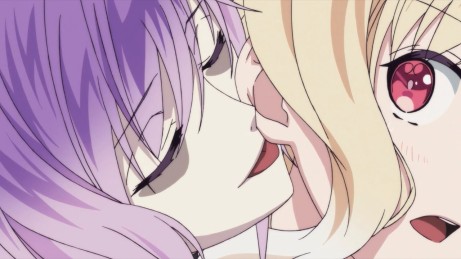 Then it gets worse with implications of raep. 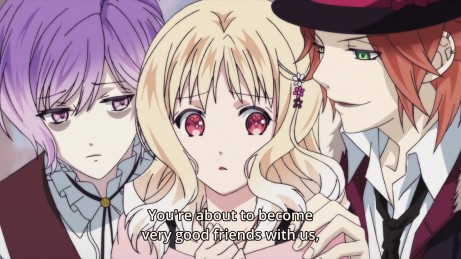 WHAT IN THE FLYING FUCK!?

Seriously, What. In. The. Flying. Fuck!?

How can anyone continue watching this!?

Nope. I’m done. Not even going to consider watching the second episode. She’s trapped in there, no way out, this can only end in Stockholm Syndrome.

NO. FUCKING. THANK. YOU.