I’ve been waiting for this since December 2007, but I didn’t really get excited for it until I heard the first character song, sung by Makino Yui. That sealed the deal for me because for one, the first track of the single was so upbeat and full of energy, which is different from the usual calm voice she usually sings in. Because of that song, I wanted to hear how Makino Yui would sound playing a different type of character than what she usually plays.

Makino Yui usually plays a character that doesn’t speak much or does much, like Sakura {Tsubasa Reservoir Chronicles} and Nakahara Misaki {Welcome to the NHK}. [Though, she was awesome in the TRC OVA!] So it was a nice treat to see her play a Genki-na dojikko-na meganekko! She has played a character with some spirit in Sketchbook ~full color’S’, as Torikai Hazuki, but she didn’t appear as much. But that was a good preview of what Makino Yui can do. 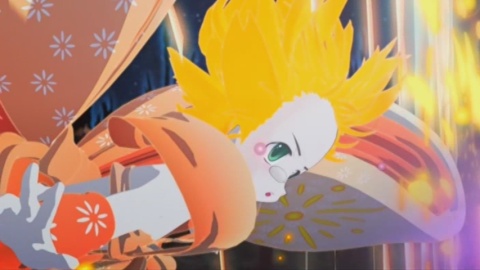 Kakyouin Amuri looks like the calm shy type character that Makino Yui would play, but from her Character CD, you would get that she’s far from being shy. In fact, she’s gets talkative when talking about sweets and candies and would just go on and on, she also seems like she would approach anyone…which is weird because her Adapter Power repels all and every type of contact with her. Like missiles or water…sometimes it’s funny, like the water thing, but not being able to touch or hug her grandma, or anyone else for that matter, is sad. But yet, she’s remains full of life.

I was a bit skeptical about a full 3D anime though, since “Star Ocean: ‘Till the End of Time” {a game with 3D anime style animation} wasn’t as eye pleasing and because 3D anime usually looks tacky and out of place. But I guess they got better because it actually looks pretty good! ^_^

For the most part, I understood what was going on…but not much, I guess studying at JLPT2 doesn’t help out in space… -_- I’ll have to wait for subs to get the full picture, in the meantime, here’s some screen caps to entice you!! ^_^ 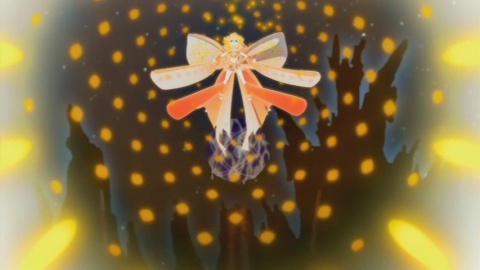 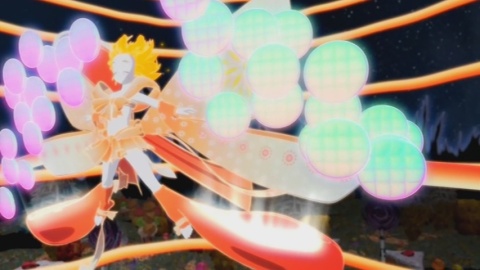 3 thoughts on “Amuri in Star Ocean”