When I heard ‘docking’, me and my brethren thought of a certain type of female to female contact of a certain body part. If you’re innocent and don’t know what I’m talking about, educate your mind by Googling “symmetrical docking” and have fun!

So I have waited patiently to see these two girls dock… the end results was something I didn’t even think would happen… it was awesome! 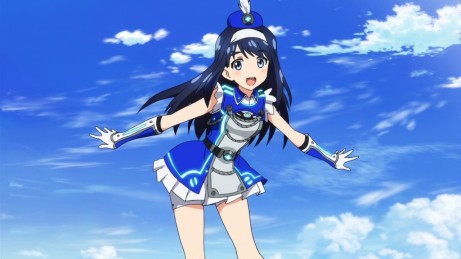 But first, Aoi needs to transform into her battle gear. I wasn’t sure how this would happen as there is only one key, the one Akane received from her grandfather. But for some reason, a second key came out of Akane. I don’t know how the fuck but it happened. :/

Once she transformed and donned her battle gear… seriously, do these uniforms have a name? If they have said its name, I must have forgotten it or not have payed much attention because LITTLE GIRLS FLYING AND FIGHTING GIANT ROBOTS!

But that’s not everything you need for a successful docking. Both parties must be willing to accept each other and willing to let the other see their memories. THIS IS LOVERS TERRITORY WE’RE GOING INTO! LOL

Yes, they baited us. They want us to think that way. And I’ll do just that~

Akane is more than willing to kiss Aoi on the lips, but all you need is a kiss on the forehead… which might I say, it’s actually more of a turn on IMO!! lol

DOCKING COMMENCING! So what’s the end results, what happens when they dock and become one… THEY LITERALLY BECOME ONE! 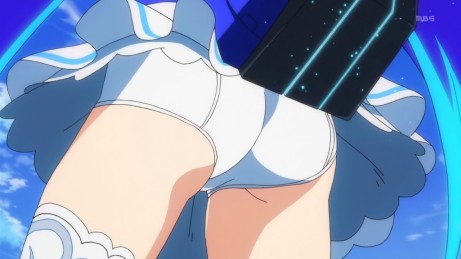 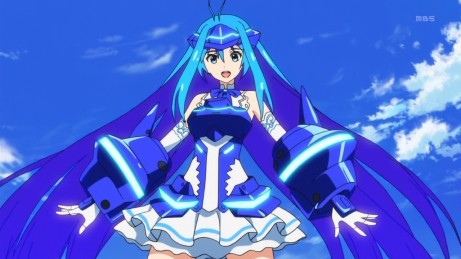 LOLOLOL OH MAN THIS IS JUST TOO DAMN AWESOME!

Didn’t think they would become one being with two minds! And the weapon is twice as big!

I thought something else would happen when they dock. You know like how Honoka and Nagisa (Futari ha Precure) hold hands to use a finishing attack? Something similar to that. They would dock, share their powers, and use that combination attack to destroy the Alone.

BUT THIS IS WAY MORE COOLER!

And oh yeah, there’s a girl who made the Alone more powerful with an arrow of hers. 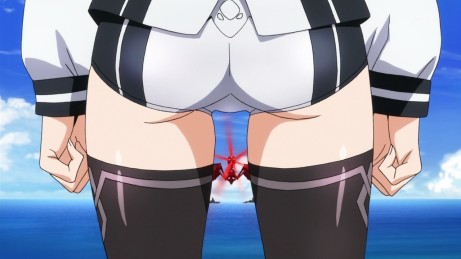 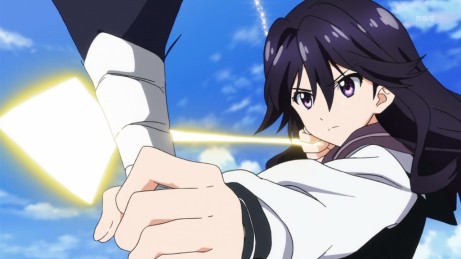 Dunno who she is, but may be the rival character to our two heroines.