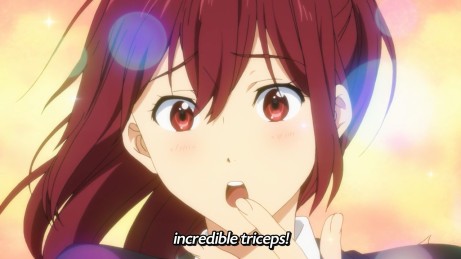 I think I might have found something for me in Free! But regardless, it’s not bad so I’ll keep watching. Most of the hate comes from moetaku feeling betrayed by KyoAni for animating an anime full of hunks with yaoi undertones. 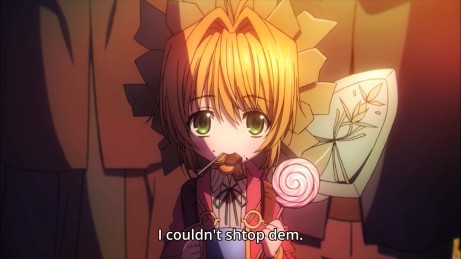 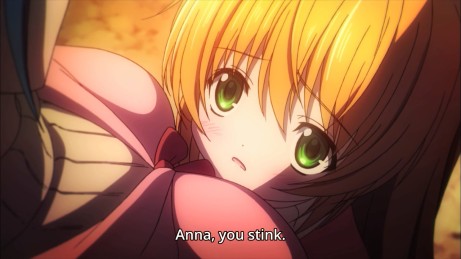 But I have trouble understanding just what the hell is going on in Kami-sama no Inai Nichiyoubi. Zombies? Immortals?

I think I’ll need to wiki this one. lol

It’s pretty to look at though.

But it was cute girls with military artillery so ヽ(^。^)ノ

Dog & Scissors is pretty weird. Not sure what the fuck to think…

Might forget about it if I don’t keep track of it. 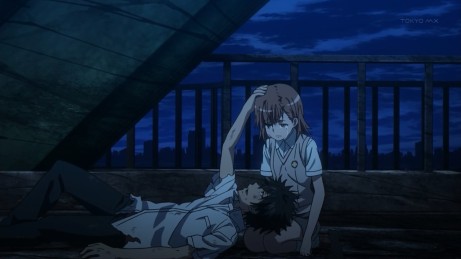 Staz got the hiccups.

The first episode of Kitakubu Katsudou Kiroku had me laughing quite a lot, but come the second episode… and not as much. It’s a shame too because it’s capable of good tsukkomi delivery. If it fails on that third ep, I might drop it.

Saito-chan is such a dear~

So Rozen Maiden is actually going to just jump to the second part of the manga. To be honest, I was hoping for a remake and then go into the second part later on… you know, a la Fullmetal Alchemist: Brotherhood.

This will confuse anyone not following the manga.

And what a troll Tamayura was to introduce her AT THE END OF THE EPISODE! (屮ﾟДﾟ)屮

This anime is going to be the death of me. So much cute I can’t handle it all!

YOU’RE ONE TO TALK, ALICE!

Maki Natsuo is mai waifu. And I would make this part of the post all about Maki, but I want to change gears and focus on Riko because without her, we cannot get true Maki. This is my form appreciation-

STOP, NATSUO. YOU’LL GET YOUR TURN AGAIN! THIS TIME, IT’S ALL RIKO: 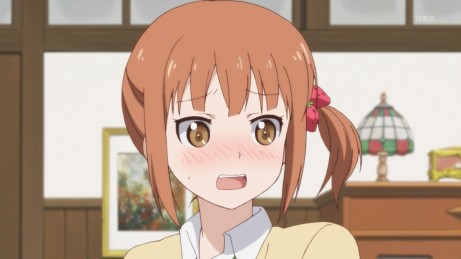 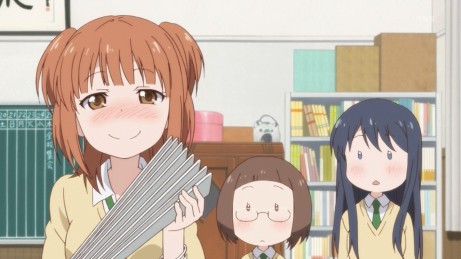 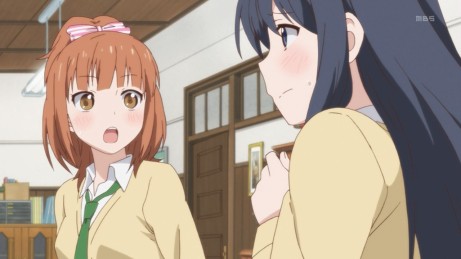 I love how that despite having short hair, she still finds many ways to change her hairstyle… and they’re all so cute~<3