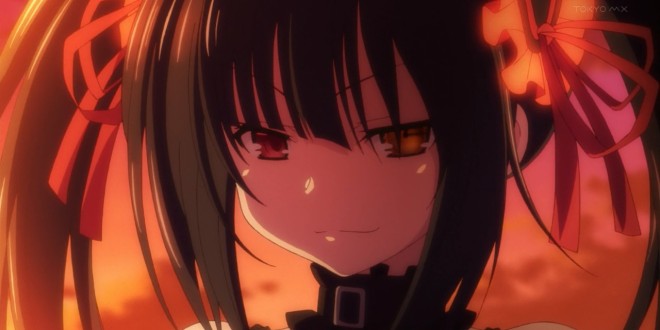 They even teased us with Kurumi at the end there. So they didn’t totally forgot about her. 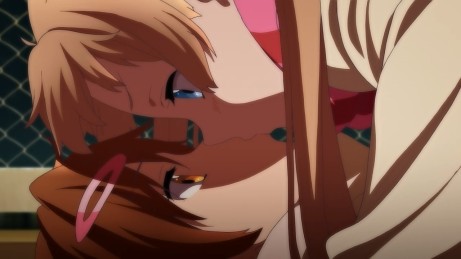 I don’t really care for the main couple. ┐(´ー｀)┌

This was followed by a ‘meow’ 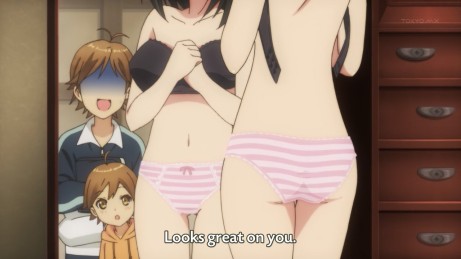 TAKING RESPONSIBILITY FOR THE VALVRAPE!

Seriously, this anime… so shitty and bad. I love it!

And it was the beach episode.

Most of the time was Yukon GOING to the meeting spot. WHY!? (屮ﾟДﾟ)屮

This anime was fantastic, mostly because legs. It was torture watching this though. I would start an episode, start to enjoy myself, and BAM! I get hit with the ending credits. AAAAHHH

I wish it was an actual full length anime. Would love to hear all the stupid things which come to Kanakana’s mind.

My god this anime was devine~ 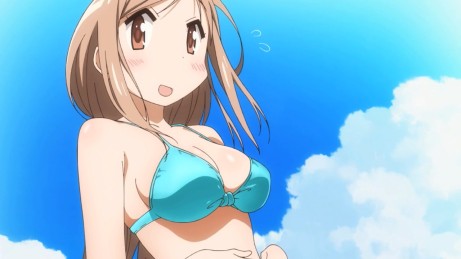 I started to watch this anime since episode one, but I wasn’t feeling it. Dropped it around episode two or something, the one where Nonohara utterly failed:

Actually, I wasn’t feeling the comedy. I felt Yui’s retorts (they’re aiming for the tsukkomi x boke routine) weren’t funny, they were either boring or executed badly. But Twitter was hyping this anime so much I gave it a second chance and marathoned it up to the current episode (then it was 09 give or take).

Ended up with the same opinion as the first time I dropped it. Still didn’t think it was funny, there were some moments, but as a whole, it didn’t win me over.

LEVIATHAN NOT A POKEMON

This episode of Zettai Bouei Leviathan was as entertaining as the first few. Hadn’t enjoyed myself since then!

And the ones who made it such a fun watch, were the three loli dovahkiin!

They intentionally added those moans… didn’t they.

RIGHT IN THE LOLICON

WIPE OFF YOUR BLOOD ALREADY!!! 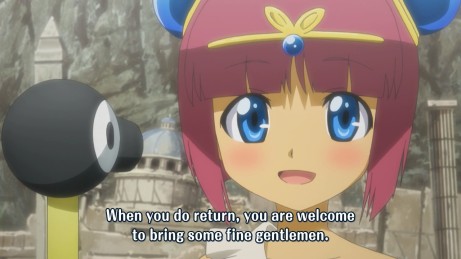 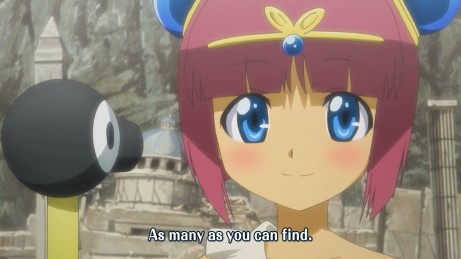 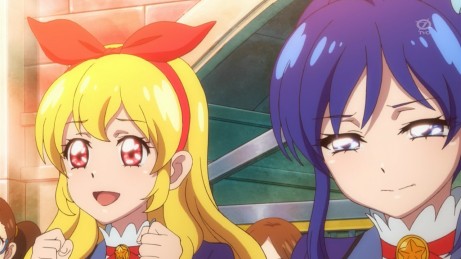 Being chosen as a member of Tristar, Ran won’t have much time to hang out with Ichigo and Aoi… so they part ways.

I honestly feel she doesn’t belong in Tristar. She tries her hardest to fit in and not let them down… but she just feels like the odd one out of those three. I was happy for her winning, but now I kind of want her to, and this is uttery shitty of me to say, fail.

SHE ISN’T GOING TO GIVE UP THOUGH.

This has me conflicted. I want to cheer her on, but I want her to stay with Ichigo and Aoi. (´；д；`)

I didn’t watch Hayate no Gotoku: CAN’T TAKE MY EYES OFF YOU because the art made me take my eyes off it. Now I don’t know what the fuck is going on.

Kyousuke makes the worst mistake EVER.

He turns down Ayase.