So Sasami once again inadvertently caused another Alteration. This time going to the past, or rather, being taken to the past by a nine-tailed fox who possessed her since childhood, biding its time ’till it could take Sasami to the past (by leeching her Amaterasu powers) and change it so they could take over the world. 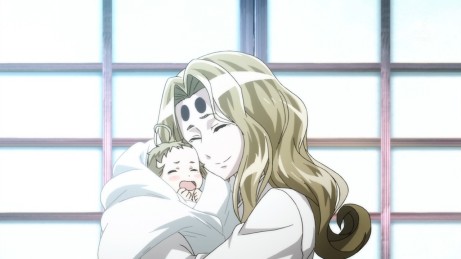 Anyway, the nine-tailed fox was only able to take Sasami to the past because Sasami regretted her past… giving the fox the door, and power, to do it. Still didn't explain why Sasami was fat…

Apparently, her mother was inside her! lol

A totem, actually. Which would allow Juju to come back from the underworld. The side effect was Sasami gaining a few pounds. Was gross watching Juju come out of Sasami like that TBH. lol

With her regrets gone, Sasami, or rather, her mother and Tsurugi defeated the nine-tails. But seems the cult she’s working for aren’t giving up just yet! 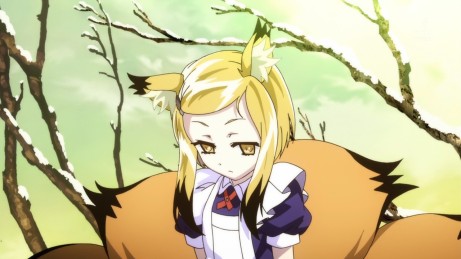 Kinda odd getting new characters this late in the game. What? Three episodes left?