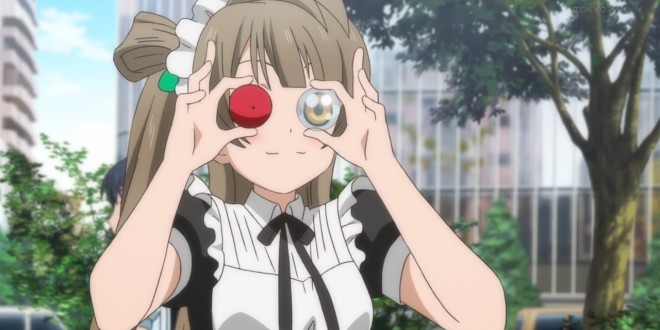 Ohh yes~ look how wonderful the great Kotori is! Splendid!

Had a feeling she was hiding something. Was obvious. With how she reacted when one of the girls was about too look into her purse. It looked like she was trying to hide a photo. That was very early in the series. But I started to think there was something to Kotori previous episode she showed us her power levels and easily did the splits.

So is there something? 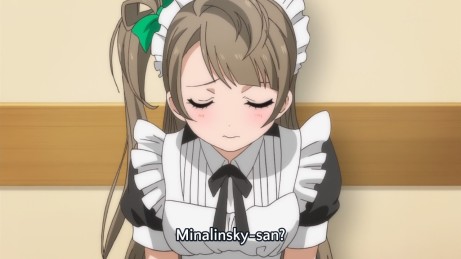 Yup, she is the super legendary maid of Akiba, Minalinsky! The picture she was trying to hide was that of her in maid outfit. She started right before Muse’s was created.

Not what I was speculating, but I’ll take it!

Though that doesn’t really explains her doing the splits easily. Well… ┐(´ー｀)┌

Seems that’s not all, there is an ominous letter sent to Kotori: 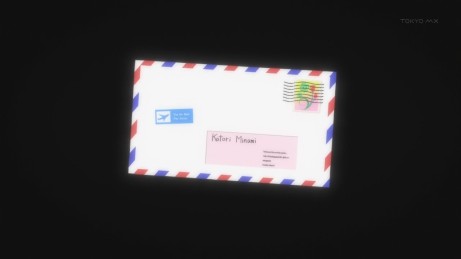 Fan letter or something else?