HOLY SHIT! This is where Kotoura’s grandfather lives? THAT DUDE IS LOADED!

Also, was that town named Kotoura, or was it just the train station’s name?

Still, the grandfather is… 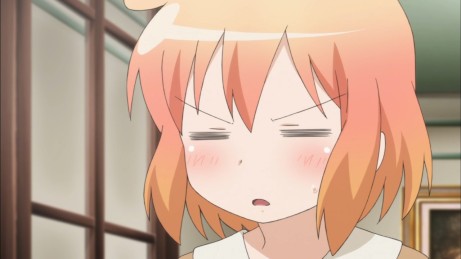 From the OP, I guessed she had a good relationship with her grandfather… her parents ran out on her so he’s the only family she has… what I wondered was what kind of person he was to be able to not mind being mind read by Kotoura.

Turns out he’s the same as Manabe.

Don’t know how to take that, actually. I don’t know what I was expecting… but it wasn’t that. Isn’t that what makes her relationship with Manabe unique? Isn’t that one of the reasons she was drawn to him? Because he didn’t care that his mind was being read and would instead keep on being honest with his thoughts (and having a little fun while at it)?

So maybe Kotoura was drawn to him because she was reminded of her grandfather, felt familiar and loosened her up a bit and allowed him to befriend her. 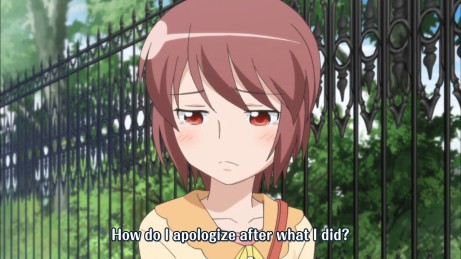 THAT WAS TOO EASY! TOO SIMPLE!

I felt there wasn’t enough… repentance? from her part. The change should be more gradual than that… Still will not approve of her becoming part of the group, though depending what happens next episode(s), that may change.