I wonder why frogs are legendary spirit animals. I know it’s because of the Legend of Jiraiya, but why’s Jiraiya choose a frog? I don’t quite see how it can make a ninja more awesome. lol

(BTW, it may be because of the rock/paper/scissors equivalent they had at the time: frog/slug/snake)

The frog is Asuka’s summon animal… marking her a legendary ninja, (as if being granddaughter of another legendary ninja and being main character wasn’t enough wwww) so anyone with the snake will be her rival, I think. So maybe this girl will be the rival (snake hairclip).

We’ll see. But for now, we know why Asuka doesn’t like frogs: 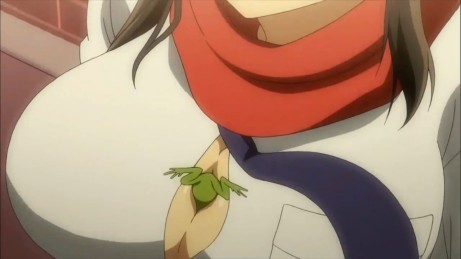 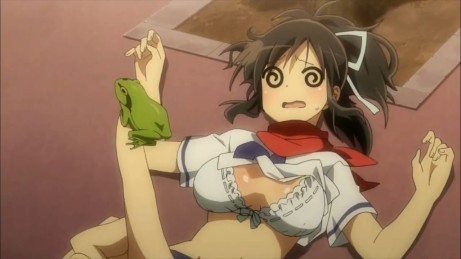 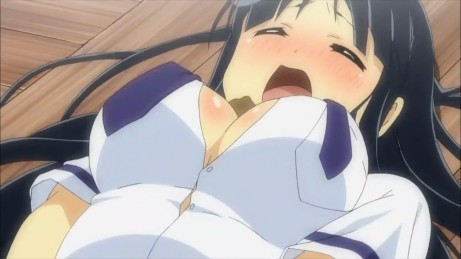