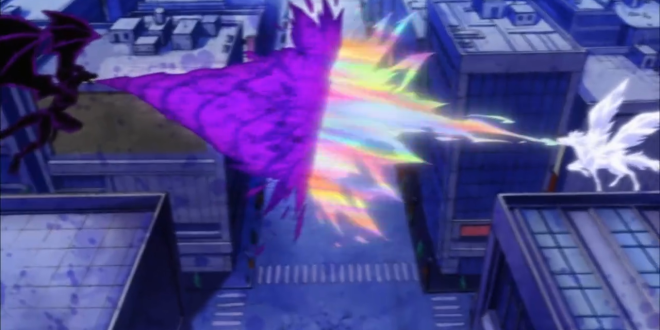 We are nearing the final battle. Emperor Clown is just minutes away from (re)resurrecting and bringing the world to a bad end. He just needs a bit more bad energy to reawaken. And with all three underlings defeated, who will gather the remaining bad end energy? 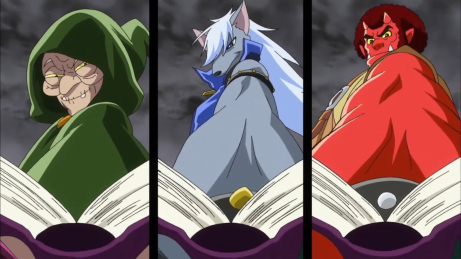 Wait. What the heck? Weren’t they done for? Didn’t they make a huge deal how it was their final chance and failure would not be allowed? That’s why I was surprised when Wolfrun returned and battled Cure Happy. But all three of them seem to be fine and up for another battle… this time it will be their last chance, right? 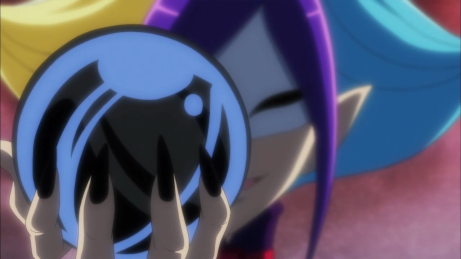 It should be because the Joker told them the truth about the Black Noses… in turn of giving the users such strength, they get their life energy drained. And because those three have used the Black Noses many times, one more use and they’re out. This final special Black Nose also gives them an even greater amount of strength and changes their forms: 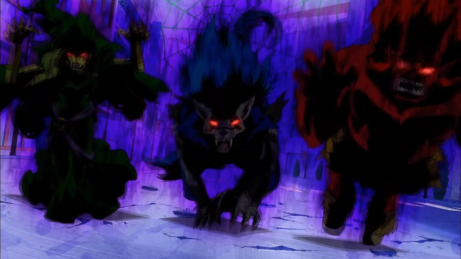 So why is it that these three want to bring the world to a bad end. Why are they filled with so much hatred that they wouldn’t mind using their life energy to creating a path for that bad end?

Because the world has made them the antagonists.

In fairy tales, the wolf, demon, and witch are always the bad guys and always the cause of the main characters’ misfortune. And because of that, are despised and shunned by everyone. This includes both the characters in the story, and those reading it. All they could do was look from a far and see the main characters reach a happy ending while they live in the misery of their bad end.

No one likes them. No one knows how they feel always being made the source of everyone’s misfortune. So why not make everyone in the world reach a bad end so they could know that feeling? This is their motivation, they want everyone to know the misery of the bad end they have always lived with.

But there is one who loves all three of them. One who loves everyone, whether good or bad, in the story she reads:

Miyuki is grateful to them. The world may despise and shun them, but she’s grateful that their existence gave birth to the wonderful stories she has loved since childhood.

Miyuki’s feelings were enough to calm down the rage those three have felt. The hatred and despair they have felt for the world exists their bodies and they return to their true forms:

I did not expect that. lol

No way would I have guessed those three were fairies from Fairy Tail Land!

I also feel satisfied. I always wanted to know the reason as to why the three underlings work to give the world a bad end. I had an idea as to what it was, an although I was very spot on, I’m still glad I got to hear it from the baddies own mouth.

Also, I realize why Wolfrun was the most vehement over bringing the world to a bad end. He’s the most famous villian in story books. So he probably received a lot more hatred from people around the world than the other two would ever receive.

Now that the three underlings are done for good, all that’s left is the Joker… and the eventual Emperor Clown.

The Joker still has one more trick up his sleeve. He combined a decor with the hatred and despair which escaped the three underlings and created new underlings:

CAN’T WAIT FOR NEXT EPISODE!!