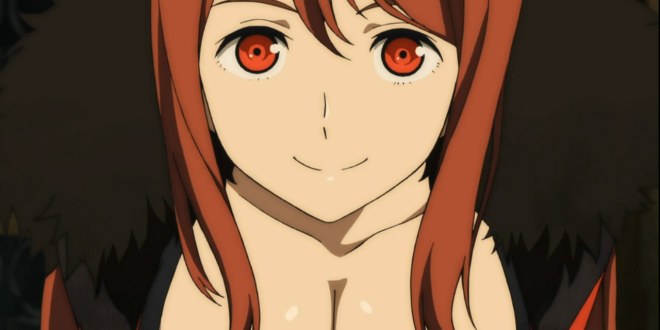 I’ll just go out and say it. The more simplistic art (compared to the manga) of the anime really really made me not even want to watch this anime. I was excited when I heard of an anime adaptation, but when I saw how it looked, it was a huge let down.

My fault, of course. I imagined a totally eyegasmic anime with fantastic art visuals because I thought, for some reason, it would look like the manga. Of course I would get excited, I mean, look at it!

Still watched it though, everyone and their mothers were talking about it and my Twitter timeline was filled with Maou-sama’s economy plans.

I’ll give it a few more episodes and let my love for Ishida Akira’s art for Maoyuu calm down a bit as I get used to the anime version. People post pics left and right so it shouldn’t take long. lol

As for the episode itself: There were differences from the manga, that illusion lamp thing and Maou-sama’s creepily hugging a home made dakimakura of Hero, but it was still fun to watch. More economy talk with Fukuyama Jun and Koshimizu Ami is all good.