Here it is, the expected danger of club disbandment. Something every club created by MC faces, and this time around, Rikka simply needs to reach the class average test score in mathematics. Easy as pie!

Or not, not even Kumin’s special test answering device was of help. Nor was the pool cleaning community service. The club is done for. Nothing can be done. 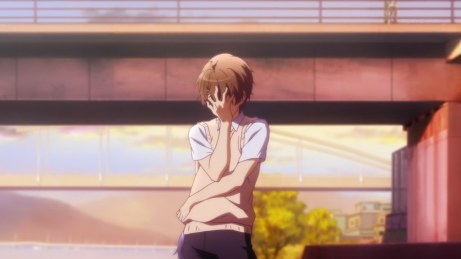 Nothing will motivate Rikka other than the thick chuunibyou-ism of Yuuta, who promised would give her an awesome e-mail address if she reaches class average. And when she did, her new address became:

I will admit, that sounds pretty damn cool! Shit, I would like to use it. lolol (But not gonna.)

Also, Rikka mentioned she only has her sister and Dekomori as e-mail contacts and changing her e-mail address won’t be a big deal. She would only need to tell those two, plus Kumin and Nikutani, her new address.

BUT WHAT ABOUT THIS CUTIE, RIKKA!?

YOU NO LONGER KEEP IN CONTACT WITH TOMO-CHAN!? D: