Hot dang! That didn’t take long, just one episode and Mashiro already got him to get (half)naked! He saw her naked in the first episode, so it’s only fair.

But well, Mashiro doesn’t have ulterior motives nor was looking at him as the opposite sex, or at least that’s what it looked like to me. He was simply reference material… but man, what a way to get reference. Cowgirl position! lol

As for the other two girls, the two childhood friends:

They’ll stay in the friendzone.

This anime is evil. lol

At least Misaki is trying to get Jin’s attention: 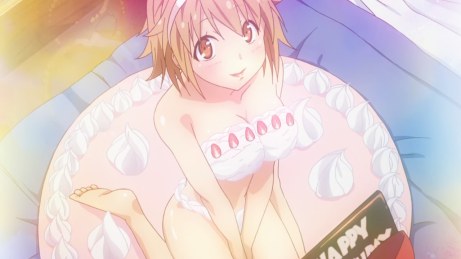 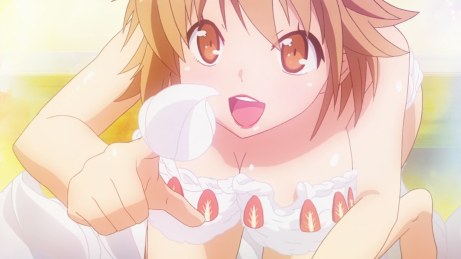 JIN, WHY U NO EAT HER!!! FFFFFFFFFFF

How this doesn’t get through to man-whore Jin, I don’t know.

Nanami on the other hand, aint doing much.

But speaking of Nanami. When I look at her or hear her speak, I can’t help but think of Erika from Ginga he Kickoff! Not only do they look similar, sporting the same hairstyle, THEY BOTH HAVE THE SAME VOICE ACTRESS AND BOTH USE KANSAI DIALECT!!

One thought on “Sakurasou – Already Doing That!?”