That was awesome! The fight scene between Rikka and her sister Touka was insane! That’s what happens when Rikka release the Wicked Eye’s powers, making for a majestic battle. 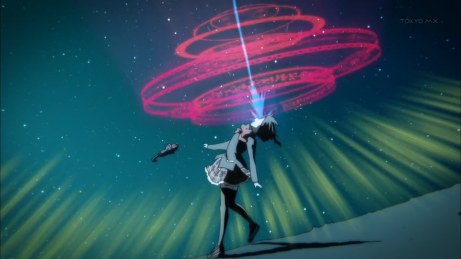 But of course, this was all in her mind and the real thing was not as grandeur. But still, new character Tsuyuri sure took a liking to Rikka and her delusions. A candidate for Yuuta’s harem?

One thought on “Chuu2koi – Battle Against the Priestess”