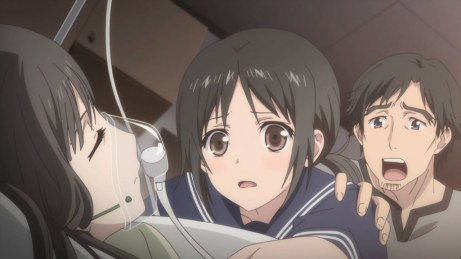 Wakana was kept in the dark about her mother’s sickness and poor health. She was in the midst of her exams so her parents probably didn’t want her to worry too much during that time. So when her mother’s health took a critical turn for the worst… Wakana had many things left unsaid.

I didn’t think Wakana would be a little brat against her mother. What can you expect, she didn’t know about her condition so she was acting like any normal kid would. If she knew, she would have properly said those things she could never say.

And now she will regret having getting rid of her piano and little key-chain her mother made for her. D: