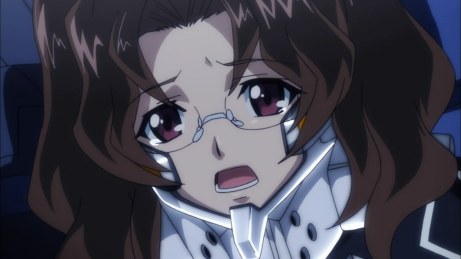 It’s not often that I’m cheering for a character’s death to happen as soon as possible. One of those occasions was in the second episode of Muv Luv Alternatinve: Total Eclipse. Izumi really annoyed me. She was so hysterical during the battle with the BETA and was hellbent on revenge while raising death flags left and right.

Yes. I understand she was grieving the death of her boyfriend and can see where she was coming from. But her reckless actions could have really fucked with the rest of her squad. They’re all amateurs to begin with, and trying to get this girl to calm down and follow orders isn’t going to help anyone. So I was really wishing she would get hit by a laser when they were retreating.

Sadly, that didn’t happen. I feared the worst and thought she would stay alive through the whole anime. But, that will not be the case!

She was eaten by the BETA!

I’m such an asshole… 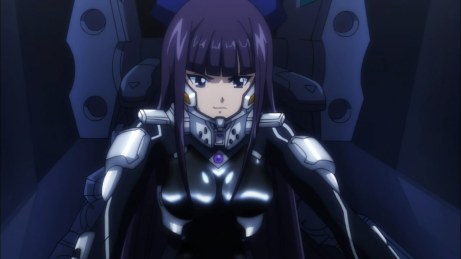 Yamashiro on the other hand, will be missed. Had the potential of being Yui’s friend+rival, but she was also eaten by the BETA. D: