This week it’s Haruka turn to accept and feel better of herself. She’s feeling a bit self conscious because all the boys are gawking and snickering at her breasts. They went as far as to make a BIGGEST TITTIES AT SCHOOL list…And to make things more complicated, here comes Nayu with her idea to get girls interested in her Underwear Club. A fitting, with Haruka and Yako as models of course.

Also, THIS CLUB IS SEXIST! IT WON’T ALLOW BOYS INTO THE CLUB! WHAT IS THIS!? But I see where they’re coming from. Boys would just screw it up and make it perverted. Like those with the list. -_-

But before that, I wondered why Nayu calls his brother ‘Keigo-san’ and not ‘onii-san’ or something similar…I didn’t even know they were related because of first name calling. Anime got me used to hearing brothers and sisters calling each other as such and not by name. ~_~ If she did call him ‘onii-san’, maybe that misunderstanding in the first episode wouldn’t had happened…

Anyways, it turns out they aren’t really brother and sister, her mother just remarried. She also respects him as an underwear designer so she calls him ‘Keigo-san.’ This might be used against her…maybe. Hope not. 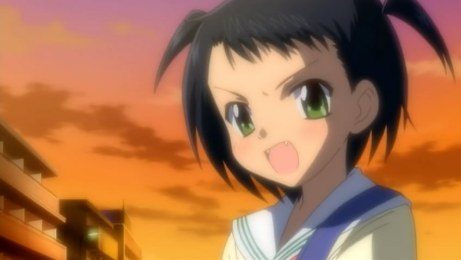 Yako bears her fangs and tells Haruka that she shouldn’t pay attention to those idiot boys.

Oh my! Nayu is a perverted old man! Her intentions aren’t bad though, so I can’t say this is a bad thing. lol

NOT BAD AT ALL! XD

She RAEPS THE TEACHER!! Okay, it’s not raep, it’s education. She educating her about the blasphemy she has been doing to her HUEGMONGUOUS F-CUP BREASTS! No, this is not perversion, it’s education! 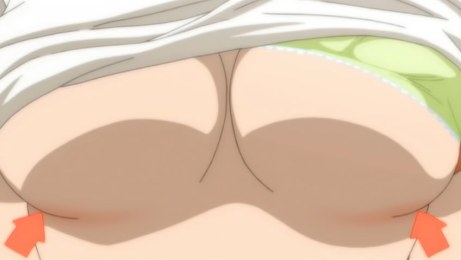 EDUCATION BANZAI~~!! They were so intent in learning, they forgot about a certain somone. Hahaha~ and with that, the teacher allows the fitting to be held, she wants to learn to so she will attend~ 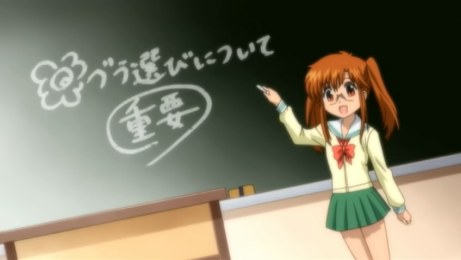 The fitting turned out to be more of a success than I thought. There were a few interested candidates and thing were off to a pretty good start…that is, until peeping toms came and screwed it up for them, scaring off the potential Underwear Club members… Also, that strict teacher told them off and really brought down their spirits telling them there is no way no one will accept an Underwear Club. Bringing Nayu’s hope down.

But nothing like ADULT UNDERWEAR to bring her spirits up!

This is did not know existed. Neither did Nayu…Just by looking at it you can tell what it’s used for, no need for me to explain.

Getting this underwear club up and running is turning out to be some real work for Nayu. Again, I was led to believe [anime] schools would allow just about any type of club…so I didn’t not expect this anime to be realistically dramatic. I thought it would be some mindless fanservice anime where we get to see massive amounts of panty shots all over the place. But I’m liking this. It’s turning out to be quite enjoyable and I can’t really call it a guilty pleasure anime.

I learn something new every episode! XD

Next ep, it seems we finally get that fourth girl to be on screen more than an instance. And it seems she know more about underwear than Nayu! Get to studying Nayu, don’t lose to her: 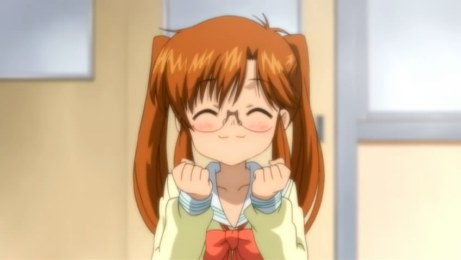