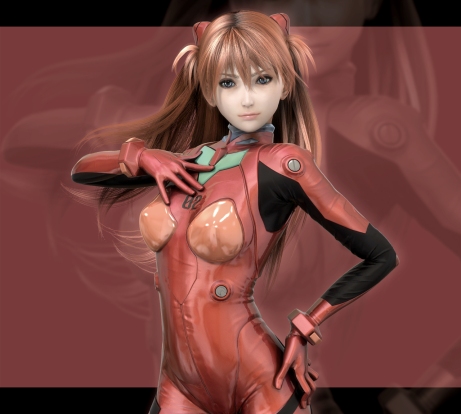 Posts in Question [gotta link back or they’ll bite]:

— Mistakes of Youth -Don’t make me tell you twice: Stop using fanart you didn’t draw on your anime blog
— Minaide! Hitorigoto – Image Boards can go die in a Fire
— Anime2 – Don’t steal, or why proper crediting of art is important
— Fuzakenna! – Image Accreditation: Necessity Through the Filter of Reason

Read those then read mine. I recommend Digitalboy’s post. Moving on.

When I first read the titles of these posts, I thought it was just some kids crying for their toys…stolen goods which were claimed as the bully’s own. I thought it was about a person taking someone’s Fan-Art, deriving from it, claiming them as their own, and not crediting the source. But they were simply about crediting the artist should you ever use a Fan Art not drawn by yourself.

If your Fan Art is up on the internet and shown in a different site not of your expectations, it shouldn’t really matter, provided the Fan Art is as is an unaltered. There’s also that deal of free use…but it doesn’t hold up to you guys. If you, the artist, are so analbent about it, why not directly ask the blogger to credit you by writing a simple comment with details and possibly a link to your own Pixiv Page or Site? Oh, that’s because the site is not awesome enough to get your attention. Oh…you may not know English either. Just as most bloggers do not know Japanese and yet you guys ask them to get the details from your weird runic site…SHOULD they be able to find it.

I’m not saying bloggers shouldn’t credit the Fan Artist, I’m just saying that the average blogger may not be able to. If the blogger is able to, then they should give credit to where credit it due. They SHOULD…but it’s not a MUST…like most people are making it out to be. They’re making it out to be Rule, A Law to abide by. “If you fail to give credit, you are despicable!!!” or something…

Again, bloggers SHOULD give credit, but it’s not necessarily REQUIRED is all I’m saying.

Now if it was about the person taking the Fan Art and making money from it…ex: banner ads, commercial blogs, etc., or deriving from them and claiming as their own, then yes, the artist should be pissed. Someone is using his/her work and making money outta it and he/she gets nothing. And yes, the person taking the fan art MUST AND SHOULD ask for permission first AND THEN credit the artist.

If it’s simply taking a fan art where he would have trouble getting details, then I don’t think it should be a big deal.

*Note: I read that this image came from CG-Site.Net, now I wanted to credit whoever made it…3D is still considered Fan Art…their due credit. But this just proved that it is a bit too much work for you average blogger with no Japanese knowledge to be able to find the source. I know some Japanese and was able to find the artist, but even then did it take a bit of work, extra work your average lazy blogger will not want to do.

I had to go to the site, search for Evangelion in both English and Japanese…this image didn’t show up. I tried Copying and Pasting Asuka’s full name from Wikipedia…nothing came up. Asuka’s last name in Japanese, nothing…Asuka Langley in Katakana, nothing. I was about to give up and not care anymore, but for the sake of this post I tried once again, this time simply Asuka in Katakana. And oh, there it is! I click the image to get details…gotta sing up and log in to do so. No…I don’t want to do that. How the hell are the non Japanese Speaking bloggers supposed to link to the artist name if the original site where the work was found won’t let us see the page? And not only that, they don’t even tag their works correctly, which makes things a lot harder to find! I should have been able to find it simply with Evangelion [in Katakana].

But I did manage to get the artist’s name at least, but I can’t link to the page because it won’t allow me to view the page! And I’m horrible with Japanese Names! This extra work is not needed for a post the THE ORIGINAL ARTIST WILL NEVER GET TO SEE BECAUSE HE/SHE MAY NOT KNOW ENGLISH!! Besides, the blog may not be popular enough to garner the attention of said artist…

If you so must know, these are the details gotten from the little snippet, can’t link to the page though:

P.S: I too like to draw and show my stuff…though I don’t really consider myself an artist. And I wouldn’t really mind if I see my work in another site. BUT if they claim it as their own or make money from it…then yes, I would be pissed and ask the removal of it and probably some other stuff to scare the hell outta them! ;)

Also, if you artist really want your name credited with your image…WATERMARK IT OR SIGN IT! Of course, some PhotoShop master will simply remove it and then connection is lost. Oh well…that’s the internets for ya…

P.P.S: Damn…I said “A Few Words on this Fanart Ordeal”…and it turned out into a wall of text…

15 thoughts on “A Few Words on this Fanart Ordeal”