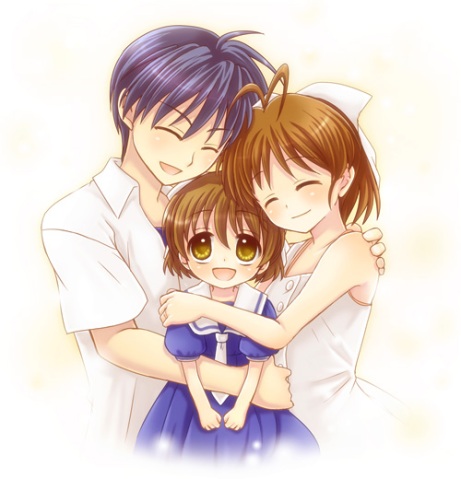 You know…I don’t really know how to start this post…I want to praise CLANNAD for it’s wonderful story and characters…but at the same time I want to rant about the not so good Deus ex Machina ending, which is fresh in my mind. I guess the smart thing to do is start with what’s on my mind to get it over with…and so I don’t forget it! ^_^’ The thing that made me want to write this in the first place WAS the ending…so I guess I’ll start with that. 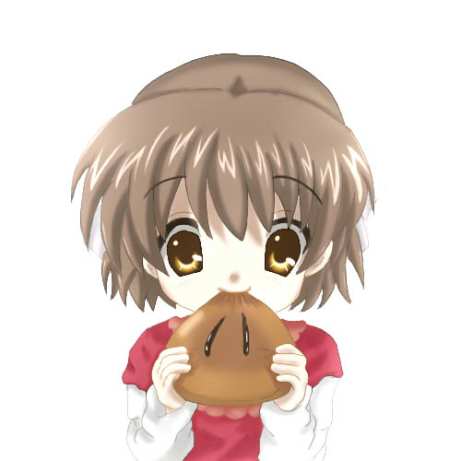 If you didn’t catch it in the first paragraph, then I’ll say it here. I didn’t like the ending to CLANNAD…no that’s too nice. HATED, I HATED THE ENDING…is how I really feel about it. The ending had something that I’m not so fond of in stories, it’s something I wanted to write about for a while now, but am too lazy to do so, I’ll get around to it sometime…someday…eventually…anyway, that thing is another gripe I have about anime, that is when they decide to hit the reset button of the story and go the easy route…not only that, that’s not the only thing, they went ahead and brought a character back from the dead…my most hated thing EVAR!

The episode prior to the finale was very engaging and drama filled. I was waiting for the conclusion of what happened to Ushio and Tomoya…but they went ahead and disregarded that and choose to push the reset switch on what happened. But the thing is, they reset EVERYTHING that happened after Nagisa’s death. So all those emotions from the Ushio/Tomoya relationship and even the Tomoya/Father relation was for NOTHING…SO WHY? Why did they have to do that? It was already dealt with and felt ‘complete’!! So why did they have to reset it all!? >_<

That’s not all, no, they didn’t stop there. They even brought Nagisa back to life! *sigh* I hated that the most. I dunno about you guys, but I hate it when a character is brought back to life. I belive it f*cks up the story…like it did with CLANNAD, in order to bring Nagisa back to life, they had to reset whever happpened after her death…so all those emotion filled episodes were for NOTHING. It was all taken back to add a cheesed up story that felt too Deus ex Machina-esque.

It would be better if it continued with the Ushio thing instead of going back in time to redo sh!t…I would prefer a fitting (bitter end) finale rather than a cheesed-up-let’s-make-everything-happy ending.

Honestly, the ONLY thing I liked about the finale was the thing that looked like it had NOTHING to do with the finale…and that is the Fuuko scene. That was pretty much the thing that made me like the finale, other than that it was disappointing…

But overall, CLANNAD ~After Story~ was a great anime. It was an emotion filled with a great sense of humor/comedy, which I believe is the best aspect of CLANNAD. It brings you in with it’s comedy and slowly but surely leads you to drama all the while making you fall in love with the characters along the way. I may even say this is KyoAni/Key’s best work…but it may be just the recent effect talking…>_>

19 thoughts on “CLANNAD ~After Story~”