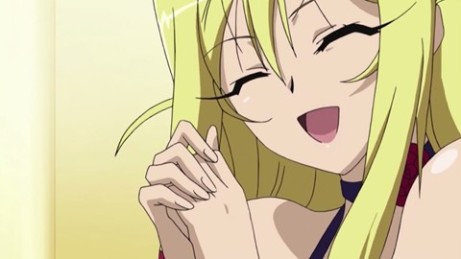 And well, in this episode we get to see some Genokiller siscon, and I’m unexpectedly fine by it. I don’t think I mind it as much as I used to, I’ve come to accept this cliche theme now. Still though, it would be better if there’s no siscon and if there was more Yuuhi and Junichi relationship, or more of them side characters!

Side-Note: “Ayanokouji” sounds so prestige that from now on, I’ll call Karen “Ayanokouji-sama” or “Karen-sama”! She is now officially my ojou-sama of the ’08 fall season! ^_^

And, where’s the obligatory ojou-sama laugh?