I was one of the few people who wasn’t hyped up for Chaos:HEAd as I didn’t know what it was. But with their ‘influence’ and their enthusiasm, I decided to join the love train and watch Chaos;HEAd…but the first episode wasn’t as impressive as I thought it would be.

There were some interesting things like the first scene, the murder cases and this GENE thingy majig. But I couldn’t really enjoy it as the male lead made it a bit unbearable to watch. I just couldn’t stand his wimpy and unsocial nature…It’s one of the few character traits I absolutely abhor… 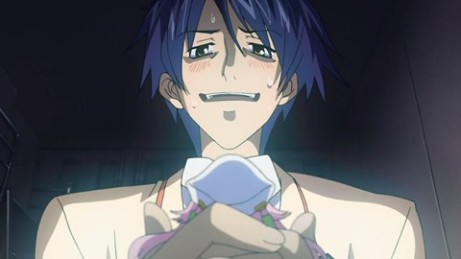 But seeing/reading all the hype about this anime, and knowing that “psychological themes” plays a large role in it, I’m willing to bear that unlikable character and see where the anime leads to, hopefully to him being ‘better’.

I’ll be sticking it for a while, but there’s a high chance I might get of the train at the next stop…>_>

2 thoughts on “Chaos;HEAd – I wanna get off the train now…”