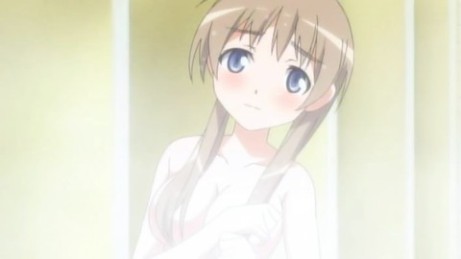 Well, it’s still right up in your face, but this time around, we get a bit of more plot development…something I’ve been wishing for since the earlier episodes.

What caught my attention first was the reason why Sakamoto’s magic shield didn’t work previous episode. Apparently, there’s an Achilles heel to their magic power, the older they get, the weaker their magic becomes…and Sakamoto is just over 20 years old…being the oldest of the witches. I wondered why all the witches were young. I thought it was another ‘fanservice’ device, but it ties to the story, which also ties in what Minna did at the end of episode 8. That was the reason why she wanted to stop Sakamoto from flying again.

On the Neuroi side, we still don’t know their purpose nor what they really are, but we get to see some strange actions by one of them. Like the one encountered by Sanya in episode 6, this Neuroi mimicked a witch, this time Yoshika, right down to her figure. 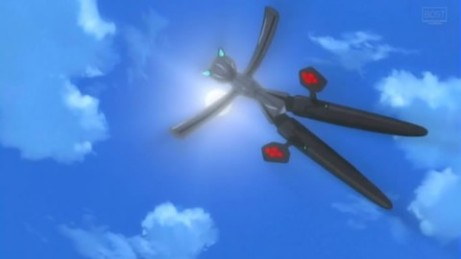 What I found interesting was that it didn’t tried to shoot Yoshika nor cause any harm. Only when it was shot at was when it attacked. Maybe they respond to hostility…I dunno but, I just thought that was the case…

Also, Minna mentioned that the military may know more about the purpose of the war than what they’re being told. Minna and Sakamoto have been investigation the Neuroi, and suddenly they get a letter saying “Don’t get involved, you know to much…”, they suspect some general of the Air Force, Trevor Maloney, was the one who sent it.

Things are starting to move in Strike Witches, and for once, I’m not waiting for the next episode because I want to see more pantsu!! ^_^

4 thoughts on “Strike Witches – It’s not about fanservice anymore”