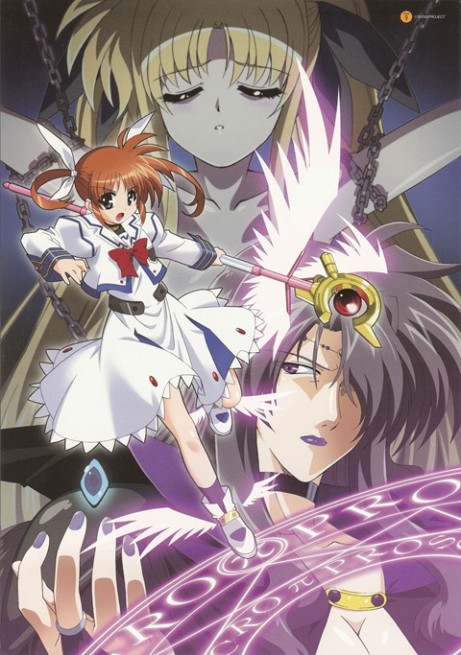 The 100th issue (on sale on July 30) of Gakken’s Magami Magazine will announce that a Magical Girl Lyrical Nanoha film, Magical Girl Lyrical Nanoha The MOVIE 1st, will open in Japan this winter. The movie will retell the first story of Nanoha Takamachi, an ordinary third-grade girl who becomes a magical girl in search of Jewel Seeds from another world, and Fate Testarossa, another magical girl competing for the Jewel Seeds. Franchise creator Masaki Tsuzuki emphasized that the movie is not necessarily the “true history” of the story, but a “new parallel history.”

HOLY MOTHER OF GOD!! O_O I just creamed my pants…excitement level exceeding maximum capacity!! Oooh I’m so excited for this!

Nanoha has been one of my favorite franchises, I can honestly tell you I’ve lost count on how many times I’ve re-watched all three seasons. And I would welcome any new Nanoha coming my way.

But, like I mentioned in Tea Shop Beloved, the “new parallel history” parts gets me down a bit. They emphasized that it will be “Fate’s first story”, which could possibly mean they will shine more light on Project Fate, Alicia, Precia, the Jewel Seeds, or Al Hazard. But if it’s a “new parallel history”, does that mean the event that could possibly be revealed will not be part of real Nanoha history?

Well, it wouldn’t really matter as much because…well…THIS IS NANOHA!! ^_^

Ah, one more thing, apparently Bardiche will have a female voice actress… hmmm …deftoned might not like this…>_>

8 thoughts on “Nanoha the Movie Announced!”