Alright, who the hell am I kidding? There’s no way in hell I can consciously stop watching anime…it has to be because something that I have no control over. I just can’t sit here and watch all my RSS Feeds updating without me doing anything. So giving in to my addiction, I started to watch some anime!! ^_^

Like always, I decided to watch what is subbed first to see if I’ll continue watching. And my first spring subbed anime is Kanokon, an anime about a furry with a shouta fetish. And frankly, as much as I like cat/dog/fox/bunny ears on an anime girl, I don’t think I’ll be running to catch the current releases of this anime…it’s just your generic “girl-with-big-breast-who-happens-to-be-a-mythical-creature-falls-in-love-with-a-passive-guy” kinda anime. Good for fan service.

But it should be noted that this is barely the first episode and I make my decision whether I’ll continue to watch it to the end by the third episode or so. 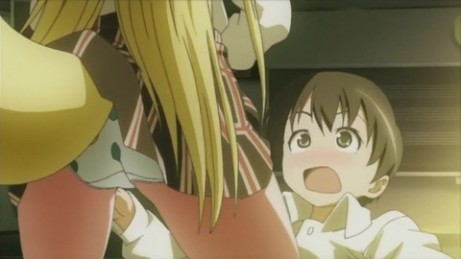 This one isn’t subbed yet, but I don’t need a sub to convince me to watch this as I’ve been waiting for it!! ^_^ I was a bit disappointed with DaCapo II’s weird choice to make the story shift towards Amakase Minatsu. I mean, she’s a tsundere robot with a great sense of fashion and I liked her for that, but I was hoping to have proper closure from the Yoshiyuki X Koko deal…

I understand now that they were getting thing out of the way, including Nanaka :( , and want to focus more on the Asakura sisters this season. And what a better way to start than by having Yoshiyuki have a dream that I’m pretty sure every guy watching DaCapo II has already dreamt of. That’s right!! An “Otome and Yume” dream!

And because I like Yume more than Otome, yes it’s Blasphemy to most of you, I’ll leave you with a cute Yume shot!! ^_^ 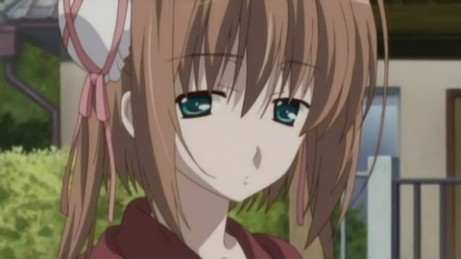 Yume, you have brought the “Asakura” name to glory!! Don’t tarnish it like Ne*u did! >_<