I’m very easily distracted by things, and it usually makes me forget other things I’m working on or doing. Which in effect stretches the time it takes for me to write a post. My easily distracted mind plus my constant procrastination is what really keeps me from posting constantly. Which is kinda good because I found some post were useless and crappy, and thanks to ‘Draft’ option, I was able to delete the unfinished crapped out posts that really didn’t have anything good before anyone even read it!! ^_^ That gives me time to work on other post that are more fun or meaningful, like two that I’m currently working on.

And that’s what really this post is all about, just to give you a heads up on what’s to come. 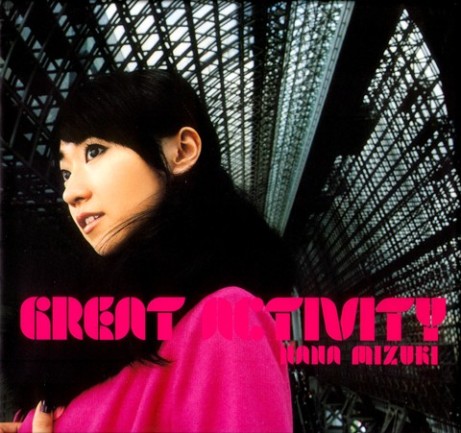 Mizuki Nana released her new album and it’s titled “GREAT ACTIVITY” and I was going to blog about it the same day it came out. {By the way deftoned, “GREAT ACTIVITY” is treating me very nicely!! ^_^ } But then I remembered there was also going to be a Concert DVD, Summer Festa 2007. So I decided to do a single long post on my thoughts on both of them. I already seen the {awesome} Concert DVD and listened to the new album, but the screencaps from the DVD were crappy…I was usuing the HUGE .VOB files. -_- So I’m now waiting for someone to release it in .AVI or other format, hopefully I’ll be able to get better screencaps. Also, I think the .VOB files were incomplete, some scenes were cut off…we’ll see if that’s the case soon.

The other thing I’m working on is another concert post, “YUI – Thank You My Teens” which I just finished watching before starting typing all this. I haven’t really seen YUI do any concerts and I’m sure she already had a few. And I’m very happy with this one!! YUI is the only person who I’ve seen all PV’s from, for some reasons other artists don’t make me want to watch their PV’s. I might give them a try, but it usually doesn’t end up saved on my Hard-Drive. I loved this concert, it was so full of energy and the couple last songs were a perfect way to end it!!

As for anime, I haven’t been keeping up with recent episodes. Sailormoon is keeping me from watching them, which is a bit weird. Sailormoon so far has been nothing but ‘girly’, it mostly has dealt with Usagi following trends and somehow being in the center of all the trouble…I’m kinda thinking she is attracted to trouble! ^_^’ Whatever plot the Dark Kingdom comes up with, Usagi is either there or being a part of the mass crowd who fall for it…like the Wedding dress thing, the love letter thing, and even the love cruise thing!! And yet, with all these ‘girly’ themes and all, I can’t {easily} stop and take a break to watch other things…it’s addictive. Is something wrong with me!?!? >_< But I’ve stopped at a good time to at least try and catch up with the current anime.

That’s all I have to say right now, just a little heads up of what I’m doing. ^_^

2 thoughts on “Heads Up”