“Two months? That’s a very long time 53RG10!!”
Well, I easily get caught up in other stuff and I procrastinate…a lot! Me is lazy…

It wasn’t too hard and I just had to follow a few rules:

1. It must be an OP
2. It must be from an anime
3. Only ONE song per anime
4. Songs from same artist are allowed

So, without further ado…let’s begin: 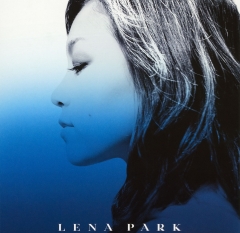 —Let’s start this with a very nice and slow song with beautiful lyrics. This song fits PERFECTLY with the story of Romeo X Juliet, or any other love tragedy. The vocals are amazing and you can feel the emotion LENA PARK projects through it, plus the song picking up towards the middle make it just that much better and raises your emotions even further. Listening to this song makes me feel sad and happy at the same time. Sad because I know what will happen to Romeo and Juliet, happy because it’s a love song. If you haven’t listened to the full version, I recommend you to go and listen to it now, it really is a pretty song. {I’ve never used the word ‘pretty’ to describe anything. I feel weird…-_-}

—Misato Aki has this very, VERY, sexy voice. Add some nice electric guitars and a dark/gothic theme, and you get “BLOOD QUEEN.” The opposite to “Kimi ga Sora Datta” IMO. This song is by Misato Aki, need I say more? 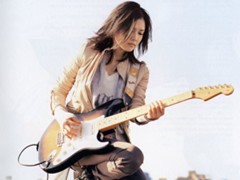 —I would’ve missed on this awesome song if I hadn’t checked BLEACH’s progress on it’s story, luckily only 12 episodes of the “Bounto” arc were left!! Only to find out that it would be included in YUI’s “Can’t Buy My Love” album, which is great by the way! Not a lot of artist can do what YUI can, that is make her own lyrics, play the guitar, sing really REALLY well, and make a Music Video that actually fits the song! This has nothing to do with anime, but “TOKYO” music video is the best music video I’ve ever seen from ANY Japanese artist!!

—I think I would’ve missed out on the awesomeness of Shakugan no Shana if it weren’t for this song. I saw it when someone randomly posted it somewhere on a message board. I listened to it and it was instant win! Kawada Mami doesn’t have a lot singles out, but the two that are “Get My Way” and “Hishoku no Sora” are both great songs! So far, I say “Hishoku no Sora” is the best Kawada Mami song ever! 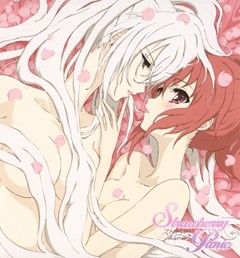 —Another song by Misato Aki. I just can’t get enough of her sexy voice! I would have also included “Shoujo Meiro de Tsukamaete” also, if it wasn’t for that “Only ONE song per anime” rule. I was torn on which to choose, they’re both too great. “Kuchibiru Daydream” is just the better song, mostly because of nostalgia. Every time I hear this song, I’m reminded of Tamao and Nagisa’s relationship and how it didn’t end like I wanted. 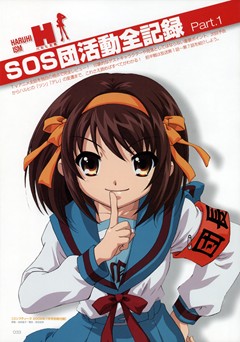 —If you’ve read previous post that has anything to do with Suzumiya Haruhi or Hirano Aya, you would know that I’m infatuated with Hirano Aya~♥!! I just love her energetic personality and singing voice, being a cutie just adds to my infatuation!! ♥_♥ So it shouldn’t come to a surprise that she would make this list. It may sound biased, but this is my list, my opinions, and my tastes, so of course it’s going to be biased!! This song has a nice theme to it and it blend nicely with Haruhi and Kyon’s relationship. This is not Hirano Aya’s nor the Melancholy of Suzumiya Haruhi best song, but it’s the only OP! ^_^’ 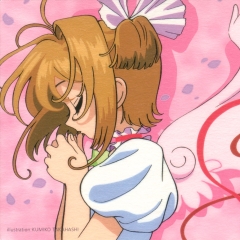 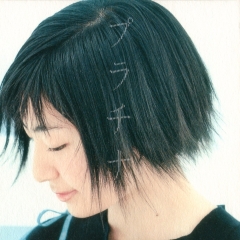 —This wouldn’t be a complete anime song list without a song from Cardcaptor Sakura. “Hey that sound kinda forced!” It’s not. Cardcaptor Sakura songs are addictive, awesome, and the best thing your ears could ever listen to! I’m not that huge of a Maaya fan, and those who are, please don’t kill me: “Purachina” is the best song she has ever sung!! It was a huge battle between “Purachina”, “Catch you, Catch me”, and “Tobira wo Akete”. Although they didn’t make my list, I recommend you listen to them, you fail as an anime fan if you don’t do it! ;) 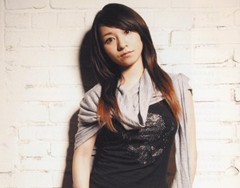 —“WHAT!?! It’s not “Sore Ga, Ai Deshou”!? BLASPHEMY!!!”…is what I think people’s reaction to my choice will be. It was hard choosing from three REALLY good songs, ‘Tomorrow’, ‘Sore ga, Ai Deshou’, and ‘Minamikaze.’ I went as far as comparing the lyrics and the theme of each songs but I still couldn’t decide. So I let my ears do the choosing for me. The song with the better SOUND from these three was “Tomrrow.” It was the one that I re-played the most and the one I sang along to the most {in my head of course!! ^_^}. It just has this nice upbeat sound along with great electric guitar playing and a ‘rock’ type of feeling. 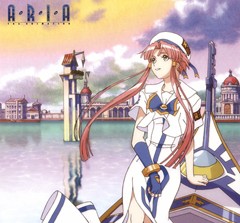 —Makino Yui has the nicest, softest, cutest, calmest, and most beautiful voice EVAR!! I could just sit back, relax, and listen to her sing all freakin’ day if I wanted!! But Alas, I have things to do so I can’t do it! -_- Rarely do you get and anime and a song that complement each other so well! It’s like they were made for each other!! ^_^ I miss the hot summer days when I sat in cold air conditioned room and watched an episode of ARIA and listened to Makino Yui sing this wonderful song. Ah~ ^_^

–Mizuki Nana as the most energy than any other artist mentioned here. She’s the polar opposite to Makino Yui’s calm voice. Where Makino Yui calms me, Mizuki Nana energizes me!! You could sense her energy just by listening to the song once. “innocent starter” also happens to be the song to one of my favorite anime of all time, “Mahou Shoujo Lyrical Nanoha”. The song is extremely good and Mizuki Nana’s voice is great, but what I like most about it is that it reminds me of Fate, her family problems, and Nanoha coming in for the rescue. The lyrics themselves seems to be Nanoha’s words towards Fate! Awwww~♥!

It’s one of my most played songs, but it won’t say so on my Last.fm account because I got that account after I played this track to death! Its play count on my computer reads 180+ {not counting other players}!!

So there you have it, my Top 10 Anime songs {OP Version}. I guess I have to go and do a ED version this time. Just sit right there and wait for it, it’ll come…eventually. Probably in two more months!! ^_^’