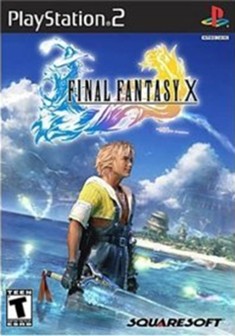 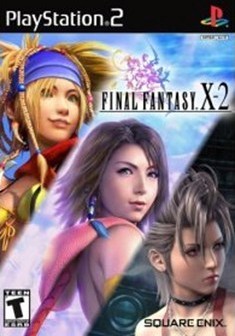 Final Fantasy X was the first Final Fantasy game for the PlayStation 2. This game was going to be on the PSOne, but Sakaguchi’s side project, FFIX, pushed this game to the PS2. Square decided to take advantage of the PS2’s capabilities and spent $32 million to upgrade it.

X got rid of the over map and replaced it with a connecting path to other areas. Players no longer could run in a field or explore the seas. This made the game linear, but also gave the world a more vibrant look. Unlike previous fantasies, the backgrounds were rendered in real time, giving life to the new areas you visit. X also got rid of the ‘level-up’ system. Instead of you earning experience point and making your character stronger, you were given ability points so you could use in the new system, the Sphere Grid. The Grid was like a game itself, you could go a determined path or break away from it and learn abilities of other characters, provided you have the right Sphere.

X and X-2 featured something that other Fantasies never had, voices. Every character that had a role in the story had a voice actor playing them. This gave each character a different personality, instead of making you read and make up a personality yourself. Of course, this is a ‘dub’ of the Japanese Final Fantasy X and there will be places where the lips don’t match up the words, giving an awkward feeling. These two games also featured something the other fantasies never had, a direct sequel. Final Fantasy X-2 was the sequel for X. It had the same features as X, but the ‘level-up’ system was replaced by the Dress Spheres and their abilities. Also, unlike other fantasies, you could change your job in battle, which sometimes gave you more abilities depending on the Grid equipped.

Final Fantasy X was a really good game in my opinion. And just like Final Fantasy VII, it made me fall in love with some of the characters and feeling for them when something bad or good happened. Especially Yuna. She is my favorite {video-game} character of all time!! I just love her heterochromatic eyes. ^_^ She was always in the front lines when I played Final Fantasy X, mainly because she was the healer, but as the game went on I came to love Yuna and her perky thief of a cousin, Rikku. Here is a fan-art of Yuna and another of Rikku that I drew.

Final Fantasy X-2 felt like a side quest to me. But playing dress up with the girls and fighting with the ATB again was great! ^_^ It wasn’t a great game, and it wasn’t total crap either. At least Yuna had a happy ending at the end (if you met certain requirements)!!

Next episode will be about Final Fantasy XI, a MMORPG that I didn’t play and won’t blog about…