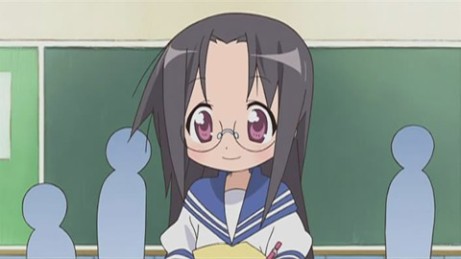 I hope Lucky Star keeps this trend of having the second half of the episode dedicated to the new characters that were introduced a while ago. Most of the 2nd part of Lucky Star Episode 19 was dedicated to our manga artist and yuri/yaoi affictionado Tamura Hiyori!!! She’s becoming a VERY lovable character! Mainly because she does thing I do {but in a cute female way}!! Like imitate the face of the drawing your doing:

Ask people if your current work is better than your previous one: 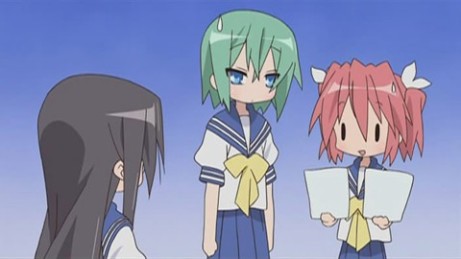 And even wanting to use only your favorite mechanical pencil to draw: 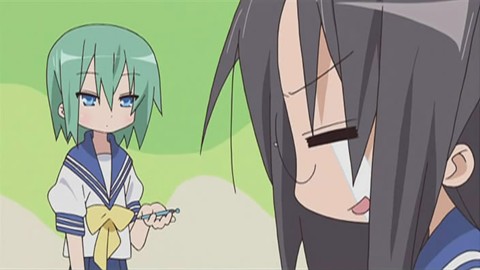 She’s a very ‘passionate’ about what she does and will do anything to keep doing it. She went as far as sacrificing her back instead of her drawing hand {she’s left handed!!} when she tripped!! That’s not passionate, that’s hardcore!!

Oh!! It’s time for the yuri fantasy to begin!! 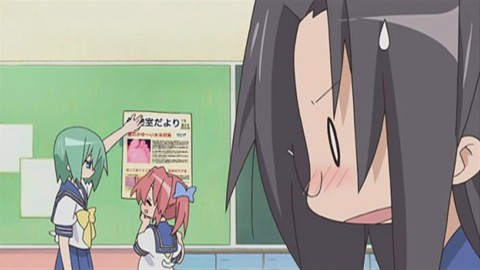 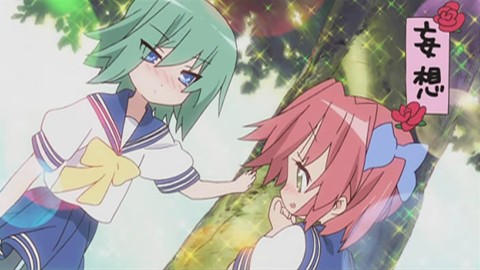 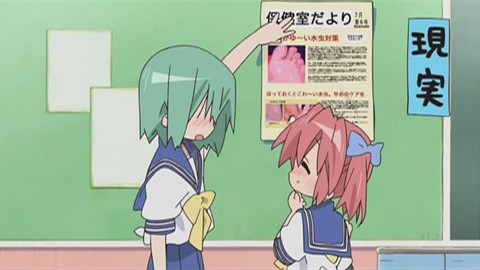 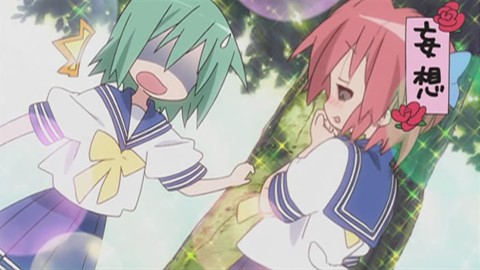 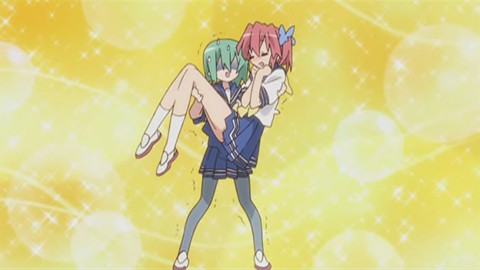 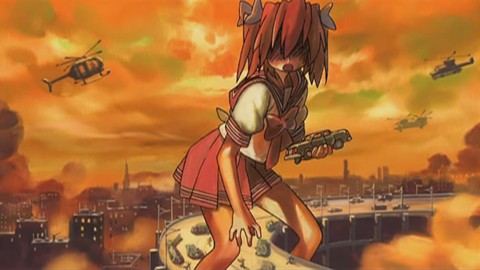 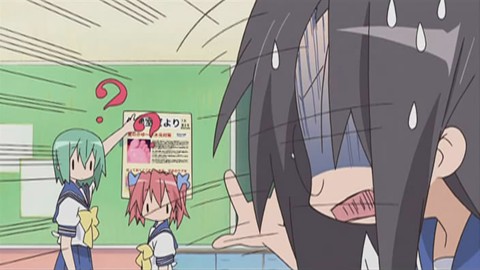 I think she went off track somewhere!! ^_^

And finally my favorite part of this episode was: 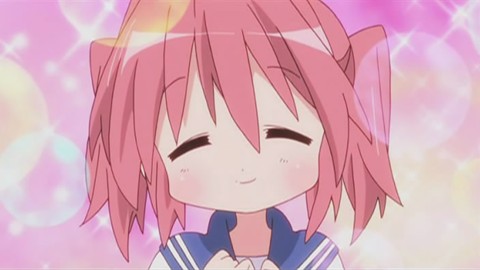 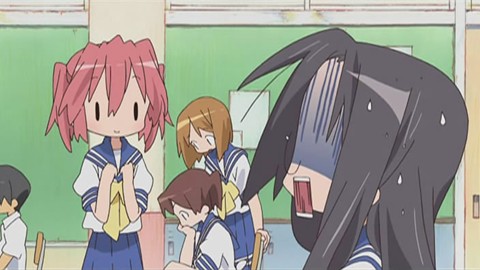 How would you explain that to a cute and innocent Yutaka? ^_^